Best Places to take a Honeymoon 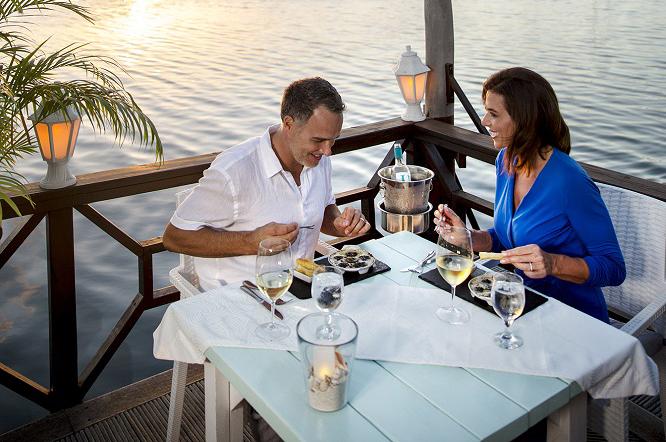 On average, an American couple spends nine months getting ready for their wedding day. Planning a wedding is a lot of hard work, so after the last handful of rice has been tossed, the newlyweds will undoubtedly be exhausted and looking forward to their honeymoon. So why not plan a getaway to remember for a lifetime? Here's our list of the top stops for American newlyweds.

Most couples discuss the honeymoon destination while they are planning their wedding. As the days go by, though, the destination tends to get closer and closer to home. An African safari or a European tour often becomes a trip to a nearby island; and the largest, closest, and most exotic islands for many couples are located in the Caribbean. That is why the Caribbean is our number one pick for honeymoon destinations.

Jamaica has been the honeymoon capital of the Caribbean for many years now. In 2009, the island welcomed 100,000 newlyweds from the U.S. The Bahamas is the next most popular destination in the Caribbean, with around 60,000 American honeymooners in 2009. It has been reliably estimated that thirty percent of American adult couples honeymoon in the Caribbean.

For newlyweds who have a slightly bigger budget and enjoy sightseeing, Europe remains a popular destination. Between eight and ten percent of honeymooners plan a European adventure. There are no current numbers on which country actually welcomes the most newlyweds, but it is likely either Italy or France. The single most popular destination is Paris. Not only is it the “city of love,” but it is also the most visited metropolis on earth. As for Italy, package honeymoon tours often include stops at romantic cities like Venice, Milan, and Florence.

Once considered the honeymoon capital of the world, Niagara Falls has slipped a bit since the Second World War. However, the Falls are still one of the most popular domestic destinations for American honeymooners. Since they keep fastidious records, we know that around 90,000 newlyweds visit Niagara Falls each year, and most of them are from the United States. A recent survey in Brides Magazine found that 20 percent of couples who plan to honeymoon at home have booked a trip to Niagara Falls.

The one exception to the travel distance rule is the 50th state: Hawaii. Time and again, American couples have been willing to endure plane rides of up to 11 hours to get to the islands. Nearly half a million newlyweds touched down in Hawaii in 2008, and half of them were Americans!

A once in a lifetime opportunity for newlyweds, your honeymoon is your chance to pull out all the stops for a getaway you’ll never forget. Discover your perfect destination now!