As the golden days of summer wind down, it reminds us also that the brilliant, blazing crimsons and golds of autumn are not far off. Not surprisingly, “leaf peeping,” or fall foliage tourism, just keeps getting more and more popular across America, with drivers taking to the back roads and country lanes amid the classic landscapes of New England and the Northeast, the Southeast, along the Appalachian Mountains, and much of the Midwest and Southwest. Here are some of our favorite roads to catch Mother Nature’s most glorious hues. 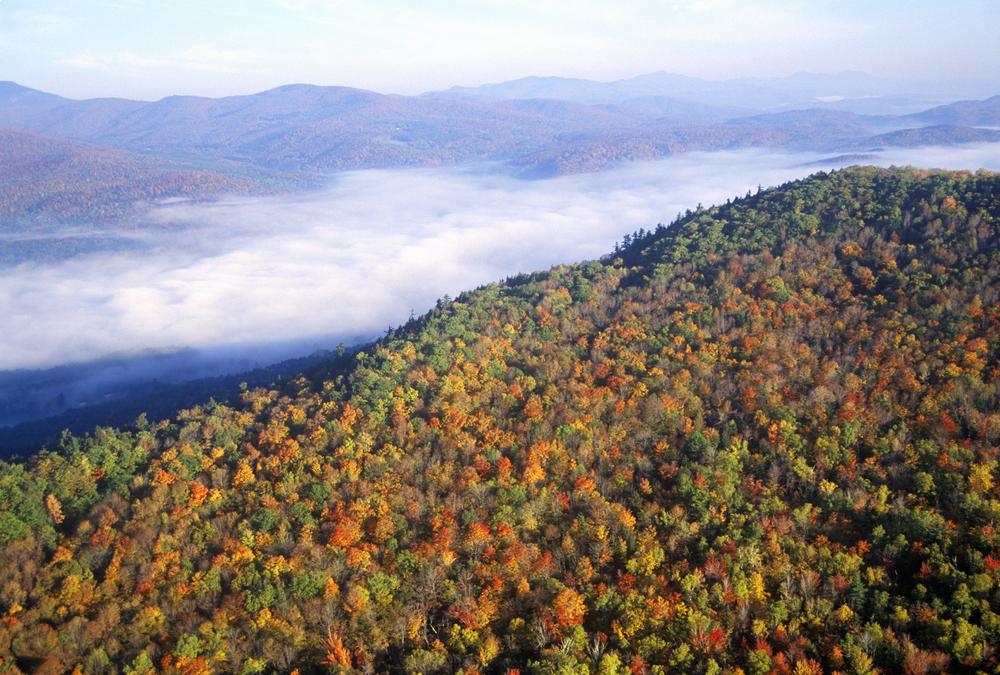 For those who love rolling countryside and lush vistas, the good folks of Vermont have instituted 10 “designated byways” ranging from 14 to 400 miles to bring you as close as possible to picturesque mountains and valleys blanketed with red maples, sugar maples, beech, elm, and yellow birch. Foliage season generally runs from early- to mid-September through late October. One path, the state’s Scenic Route 100 Byway – also known as “Vermont’s Main Street” – stretches almost 150 miles along the eastern edge of the Green Mountains in south-central Vermont and courses through the towns of Stowe and Waterbury (where you can also take a tour of Ben & Jerry’s Ice Cream Factory). 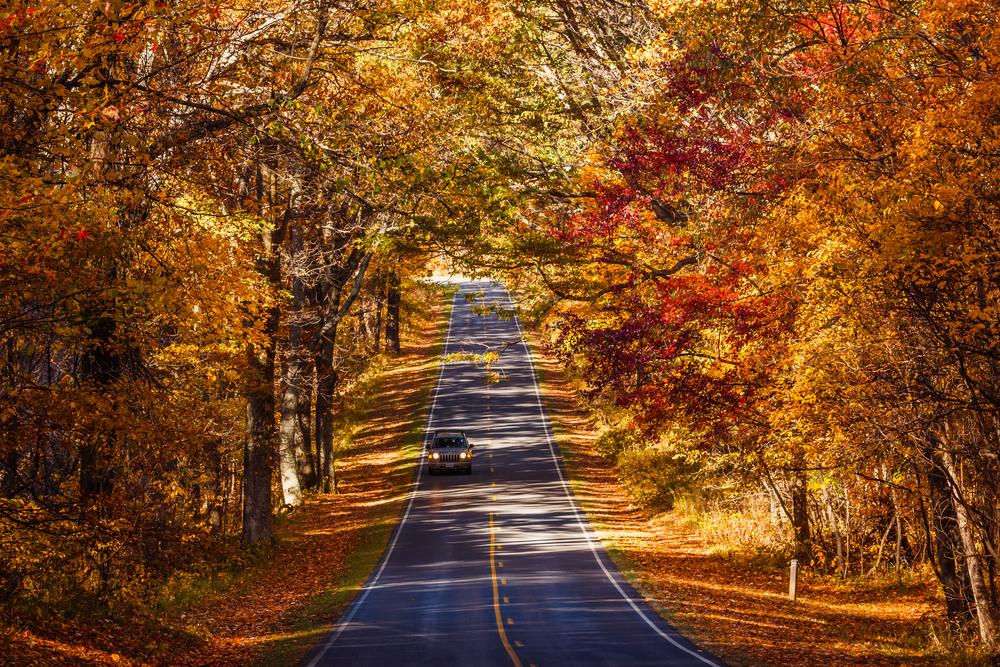 The only public road in Shenandoah National Park, Skyline Drive meanders along the crest of the Blue Ridge Mountains from Front Royal at the northern end to Rockfish Gap and the Blue Ridge Parkway at the southern end. There are 70 overlooks where you can park, stretch your legs, and behold an eye-watering kaleidoscope of colors – 200,000 pristine acres of bright red Virginia creeper vines, yellow and orange hickories, and deep purple dogwoods. Off the road, you can hike through almost 500 miles of trails that take you to dense forests, ancient caves, towering mountains, and hidden waterfalls. 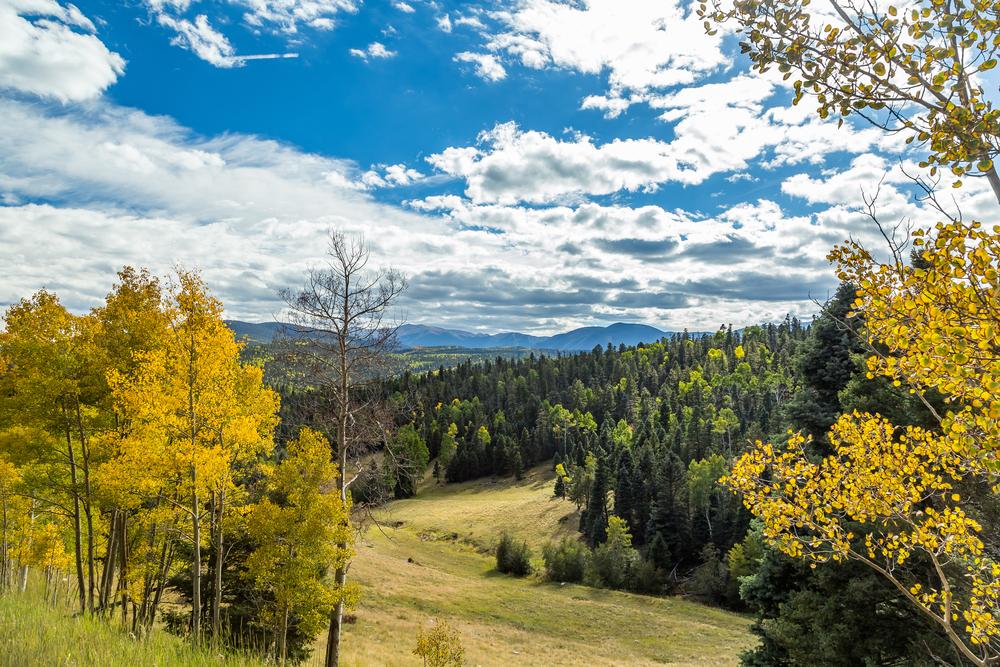 One of autumn’s most electric displays of fall foliage is on view in northern New Mexico – a mountainous landscape of deciduous trees such as purple cinquefoil, golden cottonwood, and aspens, which show off their purple, gold, red, and dark orange leaves along this magical loop, designated a New Mexico Scenic Byway and National Forest Scenic Byway. Circling 13,161-foot Wheeler Peak, the state’s highest point, the dazzling 83-mile route begins and ends in Taos, a town overflowing with attractions from art galleries and outdoor recreation, to a lively dining scene and historic gems like San Francisco de Asis Mission Church. 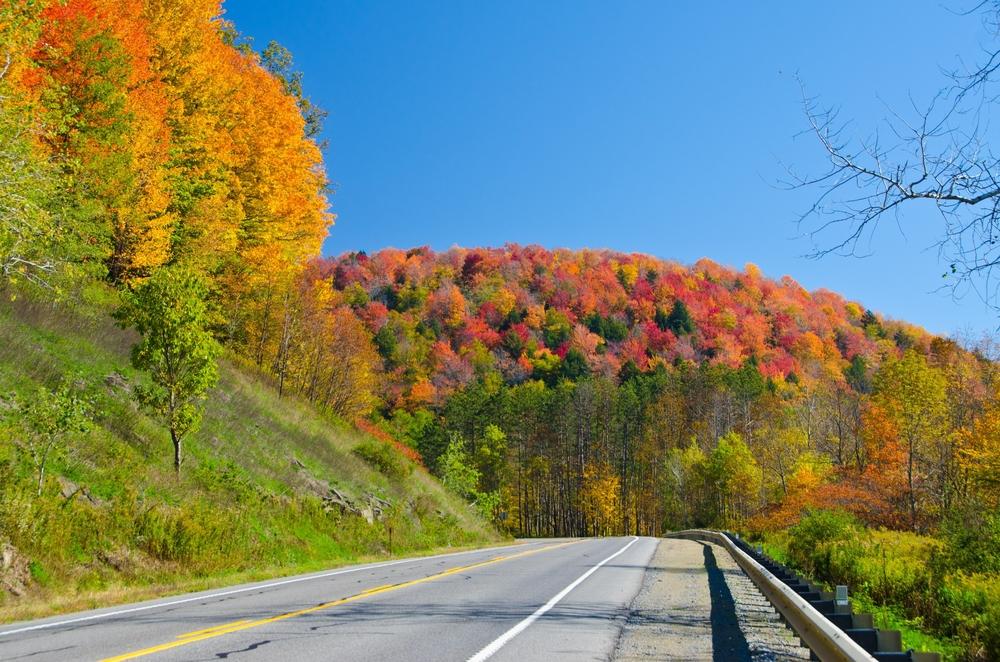 One of Pennsylvania’s oldest and longest thoroughfares, Route 6 passes through such beautiful landscape that National Geographic, Car and Driver, and Harley-Davidson all applaud it as one of America’s most scenic roads. The stretch that runs west from Milford through the Pocono Mountains highlights rolling, sprawling hills that ramble on as far as the eye can see and touches scenic towns like Honesdale, Hawley, and Lake Wallenpaupack. For a literally wide-ranging perspective, take a detour to Big Pocono State Park at the top of Camelback Mountain, the highest point in the region.

Make your autumn vacation a colorful as the turning leaves – contact a Liberty Travel consultant today to plan a memorable fall getaway. 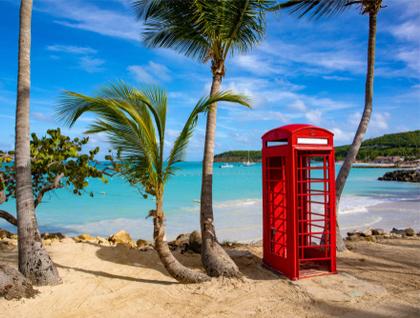