Festival Fun Around the World in January 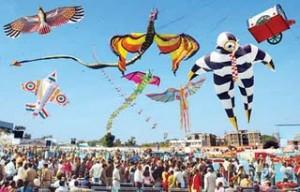 If you’re still looking to celebrate this month, you’re in luck. January is brimming with fun festivals around the world and we know that you can’t wait to be a part of them. So, here at Flight Center, we’ve put together a list of the best ones going on now and we’re eager to tell you more about these exciting international celebrations. What are you waiting for?

In Pasto, Colombia, the Carnaval de Blancos y Negros (Carnival of Blacks and Whites) starts on January 2 with the tribute to the Virgin Mary, the Colonies Parade, and Pastorock and lasts until January 6. This is one of the country’s oldest festivals and it showcases the many different cultures of South America. In 2009, it was even proclaimed by UNESCO as one of the Masterpieces of the Oral and Intangible Heritage of Humanity. January 3 is the Carnavalito, or the Children’s Carnival, where children hold their own parade with mini-floats that they have designed. January 4 is the Arrival of the Castaneda Family which celebrates a caricatured traveling family. January 5 is Blacks Day, which marks the freedom of African slaves and people paint their faces black and dance in the streets. Finally, January 6 is Whites Day and everyone paints their faces white and watches the Great Parade which is filled with floats, musicians, artists, and dancers.

On January 14 in Jaipur, Rajasthan, India the annual Kite Festival is held. It coincides with Makar Sankrati, which marks the end of winter and people take part in a harvest festival because it is an important date of the zodiac. Also during Makar Sankrati, people traditionally bathe in Uttar-Pradesh and it is said that if one does not partake in this ritual, they will be born a donkey in their next reincarnation. During the Kite Festival, the city comes alive with hundreds of incredibly colorful kites. There is also a kite market, food stalls, cultural performances, kite competitions, and illuminated kites displayed at night.

Also celebrated on January 14 is Pongal, a festival held in Karnataka, India and Tamil Nadu, India. Pongal lasts for four days and like Makar Sankrati, it celebrates a plentiful harvest. During the festival, people decorate their houses with flowers and purchase new clothes. Freshly harvested rice is also cooked in new pots until they boil over and farmers usually feed the rice to their cattle in addition to consuming some themselves in order to forgive their past sins. In Hindu temples, prayers are chanted and vegetables, sugar cane, and spices are offered to the gods.

From January 24 to 28, the annual Jaipur Literature Festival is held in Jaipur, Rajasthan, India. It is Asia’s biggest literary festival and encompasses many different readings, performances, talks, debates, interactive activities, and children’s workshops. There are many opportunities to buy books, meet and talk to authors, and enjoy live musical performances by notable musicians. Have you ever been to any of these festivals? What other international festivals have you attended before? 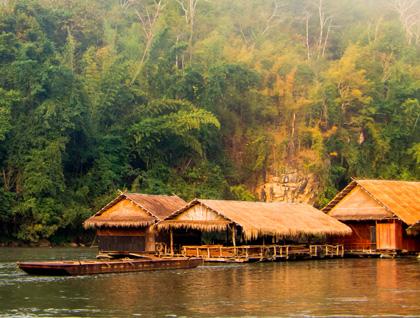 Along the Blue-Roads in Asia 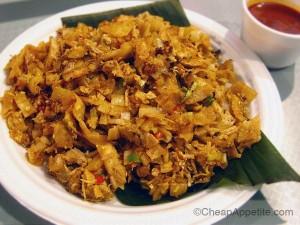