10 Iconic Bites for a Foodie-Fueled Road Trip Across America 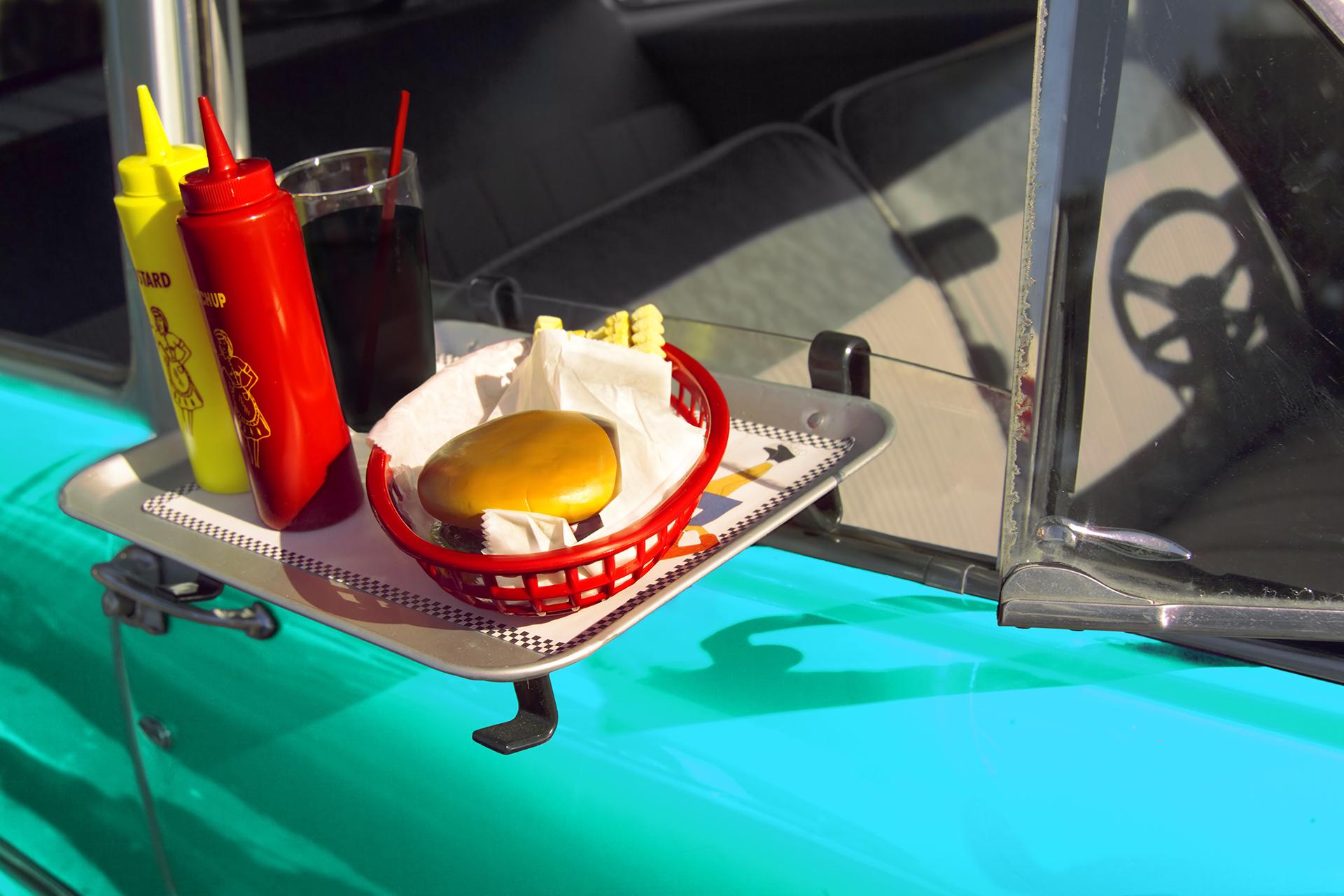 The all-American road trip holds a lot of appeal: freedom, beautiful vistas, and historic sights are just a few. Above all, road trips are the perfect excuse for chowing down on the best regional food in the country.

And now, it’s never been easier to eat your way across America than on a Liberty Travel Discoveries vacation. Designed for the independent traveler looking to explore the U.S. and Canada’s history, culture, and landscapes, these personally curated road trips are equipped with a rental car to go from one incredible destination to the next, with stops at various monuments, sights, national parks, and other fascinating places, all along the most famous roads and highways.

If you find yourself out on the open road, be sure to stop in these cities for a bite of their famous fare. 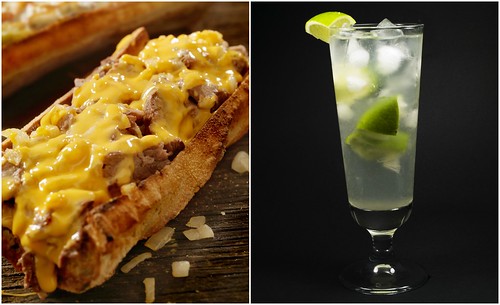 If you’re in the mood to soak up some of our nation’s patriotic history, then the City of Brotherly Love and the U.S. capital are where you want to go. After visiting the Liberty Bell, Independence Hall, and Betsy Ross House, take a big bite out of one – or ten – cheesesteaks. There’s a friendly rivalry over whose sandwich reigns supreme, so try a few. Just remember to order “wit” or “wit out” fried onions.

Only about two hours south of Philly lies Washington D.C. Its endless monuments, museums, and, of course, the White House will have you sightseeing for days. If you need to stop and quench your thirst, you’re in luck. D.C. is known for its high-quality mix of cocktails. Order yourself a Gin Rickey, the District’s official drink. 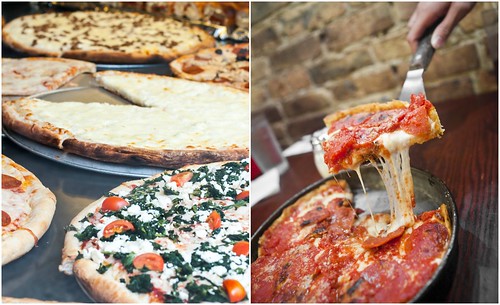 The City That Never Sleeps serves a diverse menu any time of the day or night. From ethnic delicacies like gyros and bagels to classic desserts such as cheesecake, you can find whatever you crave on the streets of NYC. But if you plan on making Chicago a stop on your road trip, then you need to have a battle of the pizzas. Take a big bite out of the Big Apple’s thin, crunchy crust pizza that’s mozzarella heaven in your mouth.

Then enjoy the ride through the scenic states of Pennsylvania, Ohio, and Indiana, and be swept into the Windy City. Here deep-dish pizza is king. This saucy pie is cooked in a deep pan, giving it that characteristic high crust, and is filled and baked with copious amounts of cheese and chunky sauce. Picking a favorite pizza style is going to be a tough choice. You might have to go back for seconds. 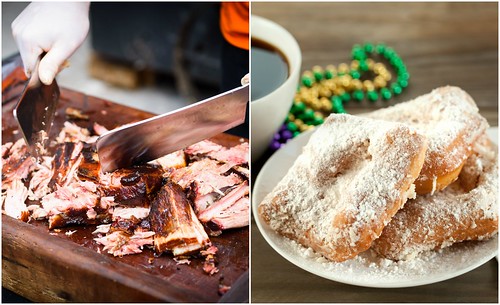 The music mecca known as Memphis blasts more than sweet tunes. Both professional and amateur pit masters have worked to perfect a unique style of barbeque. Various cuts of pork, beef, and chicken are slow cooked in a pit, smothered in either a wet or dry rub, and eaten without sauce. You’re never a stone’s throw away from a BBQ joint in this town.

If you’re hitting the pavement of U.S. 61, also known as Blues Highway, you’ll end up in party town NOLA. The Big Easy’s blend of French, African, and American cultures gave birth to an eclectic mix of cuisine. Spice up your meal with a batch of healthily seasoned crawfish, and finish at Cafe Du Monde with some beignets, fluffy pillows of fried dough covered in a generous dusting of powdered sugar. 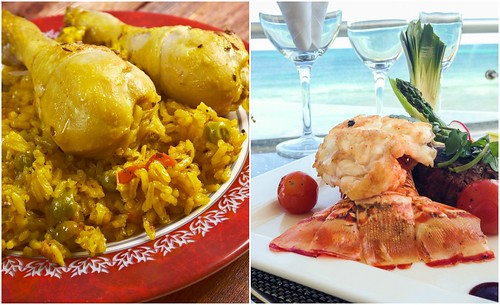 The neon lights in Miami draw hundreds of visitors for fun in the sun and long party nights, but it’s also a great city to score authentic Cuban dishes. You won’t be able to find more delicious croquetas, fried plantains, or arroz con pollo than on Calle Ocho.

Once you’re thoroughly stuffed, hop on U.S. 1 and set your sights — and stomach — on Key West. Another good-time haunt, America’s own slice of the Caribbean serves some of the freshest seafood you’ll ever eat. As if the food isn’t enough, the endless views of crystalline waters that flank either side of the road for most miles are definitely worth the drive.

Can We Get a Little Poutine with That Wine: Montreal to Québec City 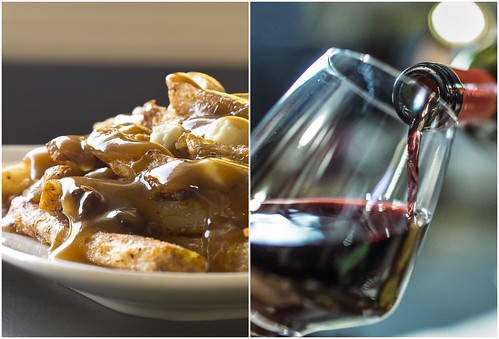 Did you know that North America has its own slice of Europe? In Canada’s Québec Providence, you’ll find two fascinating cities with a unique culture and culinary scene inspired by their blend of French and Canadian roots. The modern metropolis of Montréal is the second largest French-speaking city outside of Paris, and boasts an exciting urban scene of world-class events, active nightlife, and over 7,600 restaurants. Of all the delicacies to try, you need to get your hands on some poutine – fresh-cut fries smothered in layers of light brown gravy and melted cheese curds.

After you’ve had your fill of Montréal, jump in the car and set your GPS to Québec City. This charming town really makes you feel as though you’ve arrived in Europe with its historic Old City, the first French settlement in North America and an UNESCO World Heritage Site. Stroll its cobblestone streets in search of boutique shops and quaint art galleries. Or sit back at an outside table at one of its multiple cafés to people watch with a glass of local wine – it will truly make you feel European.