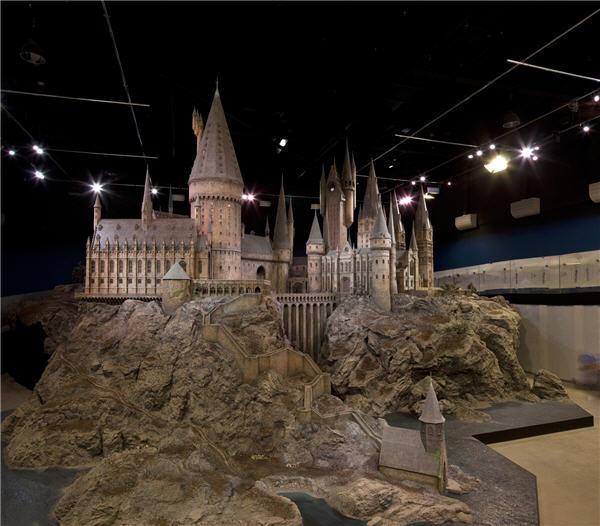 Ever since J. K. Rowling introduced the world to the adventures of a wizard, Harry Potter, and his friends Ronald Weasley and Hermione Granger, the UK has been their home. So much so, that movie buffs worldwide visit various sites in London where the movies were filmed.

Even if you’re not familiar with the novels or films, you wouldn’t miss visiting London’s famed landmarks, including Buckingham Palace, the Tower Bridge and Big Ben, which were all on the silver screen in The Order of the Phoenix. It’s at London Zoo’s Reptile House where Harry first discovers his gift for talking with snakes in the series’ first film, Harry Potter and the Sorcerer's Stone.

Fans worldwide can now walk through the immense doors of Hogwarts School of Witchcraft and Wizardry into the Great Hall and behold its high ceilings, imposing gargoyles, stone floor and long tables set with goblets and plates. This and more is revealed to you at the Warner Bros. Studio Tour London, in Leavesden.

The Harry Potterfilm series made Leavesden its home for over 10 years. The Great Hall was one of the first sets built at Leavesden Studios and was one of the only sets to be used in all eight films. The Great Hall and much more is part of the Warner Bros. Studio Tour London, a behind-the-scenes walking tour featuring authentic sets, costumes and props from the film series. The tour does a great job showcasing the British creativity, talent and technology that went into producing the movies.

Visitors have the chance to see many things the camera never showed. They will experience a series of never-before-seen exhibits on the three hour long tour, including Dumbledore’s office, the Defense Against the Dark Arts Classroom, the Weasley kitchen and Diagon Alley with Ollivander's wand shop. Over 3,000 wand boxes are on display and each of the boxes is labeled with the name of someone who worked on the Harry Potter movies in tribute to their artistry and dedication.

You’ll learn how creatures were brought to life with life-sized rubber models, green screen effects and animatronics. You’ll see props from the films, including Harry’s Nimbus 2000 broomstick, Hagrid’s motorcycle and the Knight Bus – a triple decker purple city bus that acts as public transportation for witches and wizards.

The magic of the tour is that you never feel rushed or crowded. After the Great Hall, which serves as an introduction to the attraction (guests have just a half an hour to explore the displays located here), you can stay as long as you want at ANY of the exhibits and displays.

Kids will love wearing a Hogwarts robe and jumping on one of the broomsticks behind a green screen backdrop to see themselves on a monitor as they fly around various backdrops, including Hogwarts and the streets of London. The main attraction at the London exhibit is a 50-foot-long model of Hogwarts Castle used repeatedly over the course of production to film aerial photography seen in the movies.

Leavesden lies 20 miles to the north-west of London and is easily accessed by road or rail. Tickets for the Making of Harry Potter studio tour must be booked in advance and cannot be purchased at the door.