It Ain’t All White Sand and Palm Trees: Our 7 Favorite Unique Caribbean Wonders 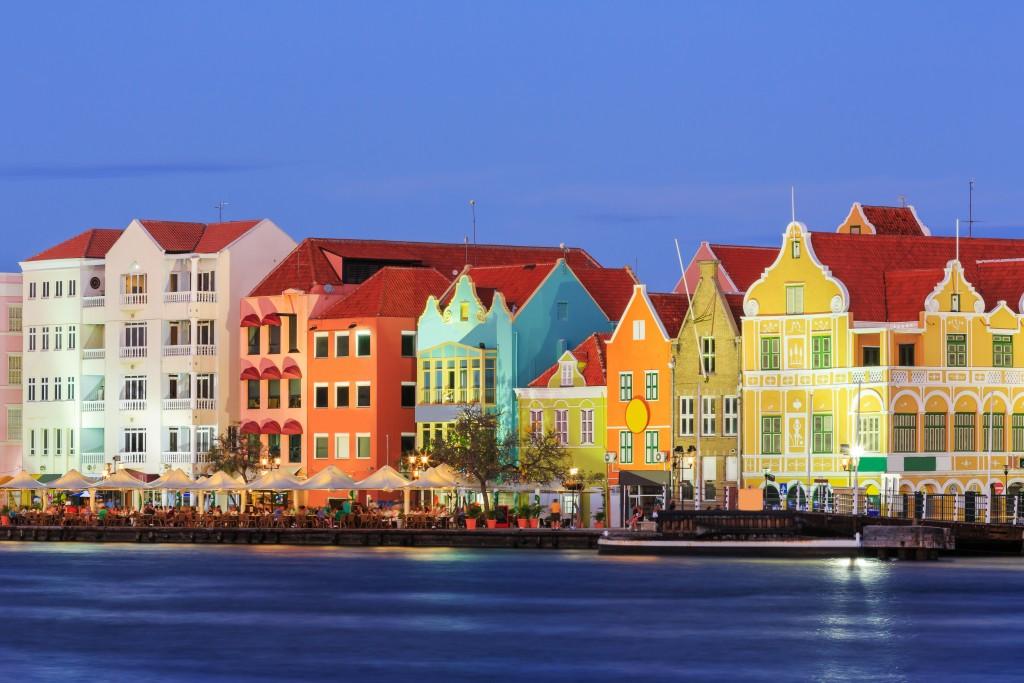 Quick, when we say “Caribbean,” what immediately comes to mind? If you answered “white sand, palm trees, and turquoise waters,” then you’re in good company. So much of the Caribbean imagery we see focuses on these features, and with good reason: who doesn’t love a picture-perfect beach vacation. But if all of the islands boast gorgeous beaches, what really separates one from another? It turns out there’s so much more to the Caribbean than its beaches and calm waters.

Pick any island and look beyond the beaches, and you’ll find an intriguing destination with unique offerings even compared to its closest neighbors, from dramatic landscapes to one-of-a-kind attractions to compelling history. Read on to see our favorite Caribbean wonders beyond the powder-white, palm-fringed beaches, and crystal clear waters (but don’t worry, these amazing locations have plenty of that, too!).

The blue holes of The Bahamas 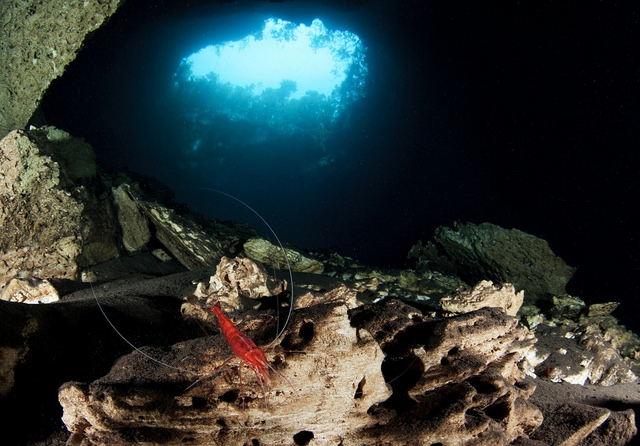 Mixed within the beautiful Caribbean landscape of The Bahamas’ 700 islands are the enchanting blue holes, underwater vertical caves that appear both offshore and onshore. They are particularly prevalent on and around Andros Island. These blue holes create a striking contrast in color with their surroundings — offshore, the turquoise Caribbean waters are punched with wide circles of deep blue. The visible areas serve as entryways to vast underwater networks with extended horizontal branches reaching out from the main caves. Bahamian legend says a large, ferocious monster called the lusca inhabits blue holes! The monster is said to be a strange mix of a shark and an octopus that looks tailor made for a SyFy original movie…in fact, a quick search shows me that “Sharktopus” did in fact air on that network in 2010! Although, the plot, such as it is, does not appear to be connected to the stories around the lusca.

Bioluminescence is the biochemical emission of light by living organisms. Think fireflies. Bioluminescence is more common among marine life, and Vieques, an island located about eight miles from the Puerto Rican mainland, offers one of the most stunning displays of this at Bioluminescent Bay. When the water here is disturbed, it leaves astonishing neon-blue trails thanks to the glow emitted by micro-organisms. The light show is perfect for creating awe among first-time and returning visitors, and also, as it happens, for frightening early Spanish explorers, who believed it to be the work of the devil. They tried to seal the bay off from the ocean, unwittingly encouraging the micro-organisms to thrive even more, increasing the bay’s luminescence! Take the time to kayak here, under a moonless night sky if possible, but be advised swimming is not allowed. 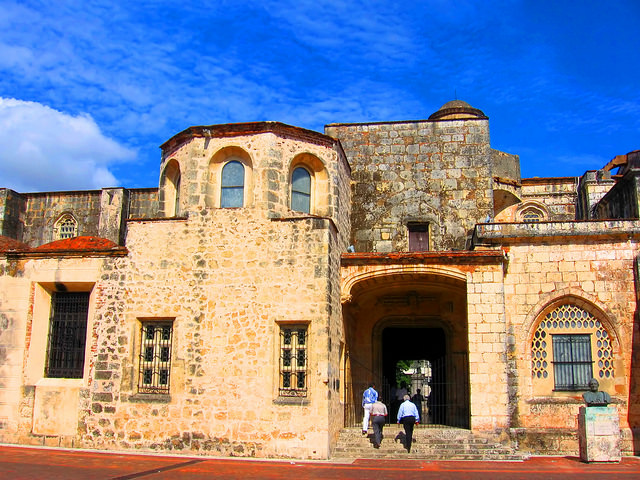 The islands of the Caribbean are steeped in Colonial history — some of it fascinating, some of it ugly, and much of it still apparent in the various historical forts and buildings throughout the region. While you can take in this history in many Caribbean cities and on any number of islands, there’s something about seeing the place where it all began. The Dominican Republic’s capital, Santo Domingo, is the oldest European settlement in the New World. Modern Santo Domingo is a bustling, cosmopolitan capital city with dining, shopping, a thriving nightlife, and the lively waterfront of Malecon with its sleek hotels, cafes, and more. But the city’s Colonial Zone is a UNESCO World Heritage site and is full of historical sites such as the oldest cathedral in the New World, and Alcazar de Colon, the house of the Columbus family, built under order by Christopher Columbus’ son. With streets of cobblestone and an array of museums and forts, history buffs need to add Santo Domingo to their list of must-sees.

The Atlantic Ocean-carved coasts of Barbados

Barbados is the easternmost island in the Lesser Antilles and actually sits in the Atlantic Ocean rather than the Caribbean Sea. Its location creates dramatically different experiences along the island’s four coasts. The west coast gives you the peaceful calm, clear, warm waters and gentle sloping beaches that come to mind when you think “Caribbean.” But if you want something different, the north and east coasts offer striking views from coastlines carved out by powerful Atlantic Ocean waves. Dramatic cliffs and stunning caves make up the north coast, while the east coast features stretches of sand made for strolling amid strong breaking Atlantic waves. You can find some natural pools for swimming along the east coast as well, and the very active waves create havens for surfers — but only the most experienced surfers need apply!

You know Aruba as the perfect beach location where it rarely rains and where it’s always 82 degrees. The popular beach and resort areas, though, make up just a small part of the island along its south and west coasts. It’s true that the climate is dry, and with that comes fantastic desert landscapes across wide, mostly undeveloped parts of Aruba, perfect for exploring on an ATV. The rock landscapes and cactus-covered hillsides might make you forget you’re in the Caribbean, and the east coast features secluded beaches with powerful waves that make for some of the best sightseeing you could ask for. Explore Andicuri Beach and see the impressive remains of Aruba’s natural bridge that collapsed in 2005.

The South Pacific comes to the Lesser Antilles at St. Lucia

Volcanic peaks, a lush rainforest, secluded beaches set along a dramatic coastline…is this Hawaii? Nope, it’s St. Lucia, but you can be forgiven for thinking you’ve wandered into the South Pacific. The soaring twin volcanic peaks of the Piton Mountains reach 2,400 feet into the Caribbean sky. They shelter the spectacular cascades and rock pools of Diamond Falls as well as a lush interior rainforest blanketed with prehistoric-looking giant ferns, wild orchids, and colorful tropical birds. Mount Soufriere, called the world’s only “drive-in volcano,” features bubbling sulfur springs and steaming craters surrounding the famed volcano. And don’t worry, closer to shore you have your palm trees and beautiful white- and black-sand beaches.

Curaçao — a splash of Dutch flavor in the Caribbean

Curaçao boasts beautiful beaches and a wide range of outdoor activities both on land and in the water. But it also features its capital city, Willemstad, which is a UNESCO World Heritage Site. The incredible Dutch architecture all about creates a Caribbean pastel version of the Netherlands. This port city also boasts excellent shopping, restaurants, and nightlife, but it’s the incredibly unique Dutch-style buildings all about that make Willemstad a must see. The view from the water is at once impressive and charming.