Paris: What to See When You Can’t See It All 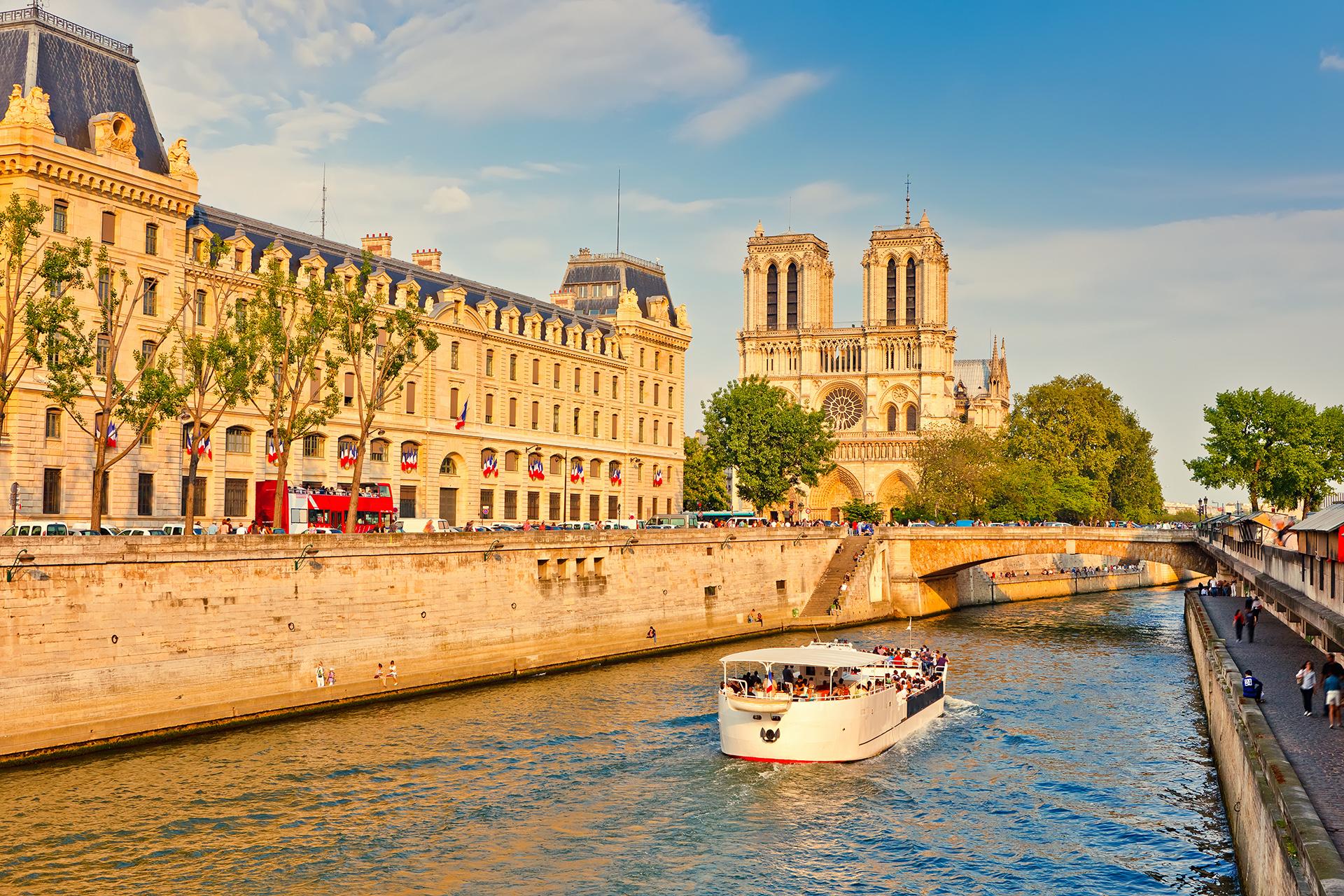 “Paris is always a good idea.” So says the eponymous heroine of the film Sabrina. Finding truth in film can be a bit like believing everything you read on the internet, but in this case Hollywood may have gotten it right.

Paris is an adventure of a city, a whirlwind of excitement, history, and culture that will sweep you off your feet and drop you back down exhausted and thoroughly thrilled. Each of its arrondisements, or neighborhoods, is home to some attraction or landmark, and there is never time to see everything. So how are you supposed to pick? With our help, of course!

Let’s start with some easy ones – the Eiffel Tower and the Arc de Triomphe. 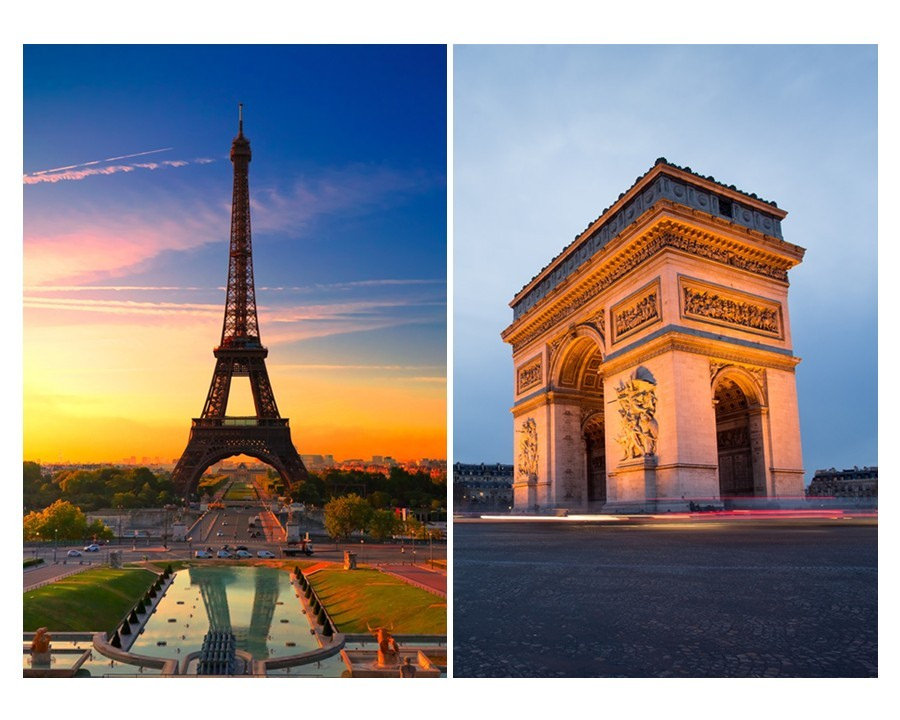 Both are symbols of this ancient city, and both provide fabulous views. The Arc de Triomphe is the older of the two, inaugurated in 1836, and was inspired by the ancient Roman Arch of Titus. It was designed to commemorate Napoleon’s victories, but has come to symbolize the power of France throughout history. It is also home to the Tomb of the Unknown Soldier from World War One. The Eiffel Tower, on the other hand, was intended as a temporary installation and was supposed to stick around for only 20 years, from 1889 to 1909. More than a hundred years later, it still stands, and is the most recognizable symbol of Paris and France around the world. So which should you visit? Ideally, go and see both, but if there is time to climb only one, make it the Arc. The Tower is generally swamped with tourists, and the view, while stunning, doesn’t look quite like Paris without the Eiffel Tower looming over all. From the top of the Arc de Triomphe, though, one can see the rooftops of Paris and all the major landmarks. It is a spectacle not to be missed.

On to museums. Two of the most famous museums in Paris are the Louvre and the Musee d’Orsay, and they are different beasts entirely. 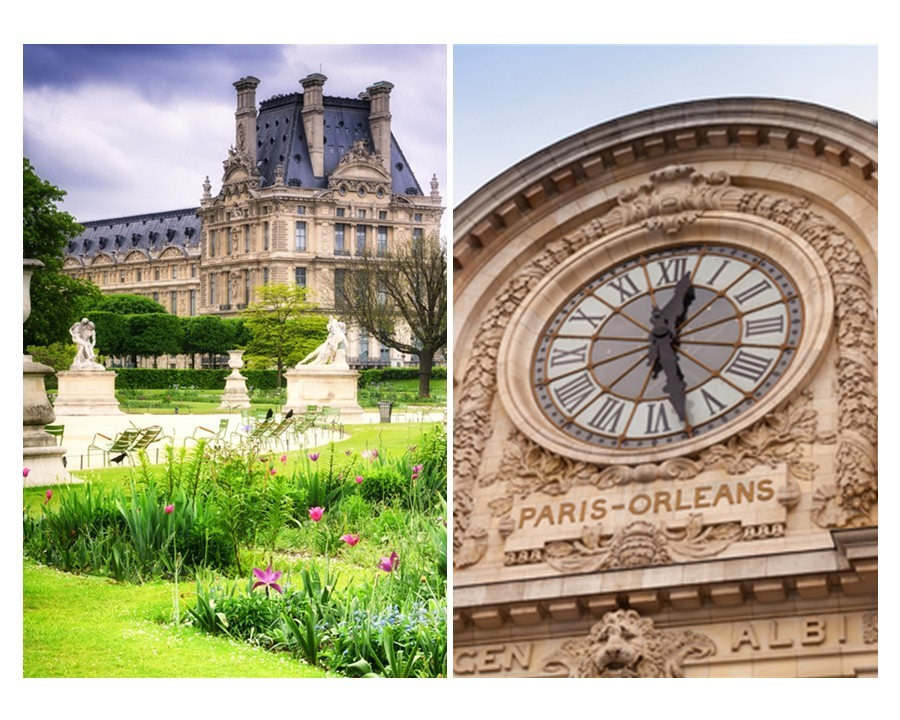 The Louvre began its existence as a royal palace, back when the monarchs of France still lived in Paris, before the Sun King, Louis XIV, decided to move the court to the magnificent palace of Versailles. The building played host to several academies for some time, and during the French Revolution it was decided that it should be made into a museum to hold and showcase the greatest treasures of France. The Musee d’Orsay, on the other hand, is a much smaller museum housed in what used to be a train station, built in 1900. Its collection is almost entirely composed of French art and Impressionism. The Orsay has been praised as being more intimate than the Louvre, while showing off pieces just as important. If you must choose between the two (and we hope you won’t, because the choice is nearly impossible), it is entirely a matter of preference. If you prefer Impressionism, then the Musee d’Orsay is the place for you, and you will probably be able to see all of it in one visit, including all the Van Gogh and Monet your romantic heart can stand. If you find yourself up for the challenge of the Louvre, though, and don’t mind leaving much of it unexplored, head for the Louvre. Visit the Mona Lisa and the Venus de Milo, wonder at Winged Victory and Madonna of the Rocks. Either way, it is guaranteed to be an incredible experience.

Paris has many churches, and two of the most well-known are Notre Dame and Sacre Coeur.

Notre Dame is a marvel of Gothic architecture, and few things in this world can make a person feel so very small and insignificant – but it is an incredible feeling. The cathedral was built from 1163 to 1345, and has been one of the most renowned churches in the world ever since. It is particularly noted for the famed rose window, a masterpiece of stained glass, and of course its infamous hunchback, star of novels and film alike. The Basilica of Sacre Coeur was completed only in 1914, and consecrated after the end of the First World War. It is situated in Montmartre, a Paris neighborhood atop a large hill, and is built on the highest point in the city. The area in front of the church provides a stunning view of the city, and the church, made of travertine, seems to sparkle even on cloudy days. It is difficult to decide between two such remarkable buildings. The slight edge, however, must be given to Sacre Coeur, if only because it is not quite as well known as Notre Dame, and so is not quite as filled with tourists. Sacre Coeur is still very much a church, but as long as visitors remain quiet and respectful, they may stand in wonder of it for as long as they please. On the other hand, Notre Dame has become so much of an attraction that the sense of it being a church has been somewhat lost – though the noise of the tourists is only the slightest of distractions from the experience of being there.

The fact is that Paris has innumerable sights to see and experiences to enjoy, and it would take a lifetime to see it all – one we would be very willing to give. So the solution to never knowing what to see next in Paris is obvious – as soon as you return home, you’ll just have to start planning your next trip back.