Top 5 Things To Do in Outback Queensland 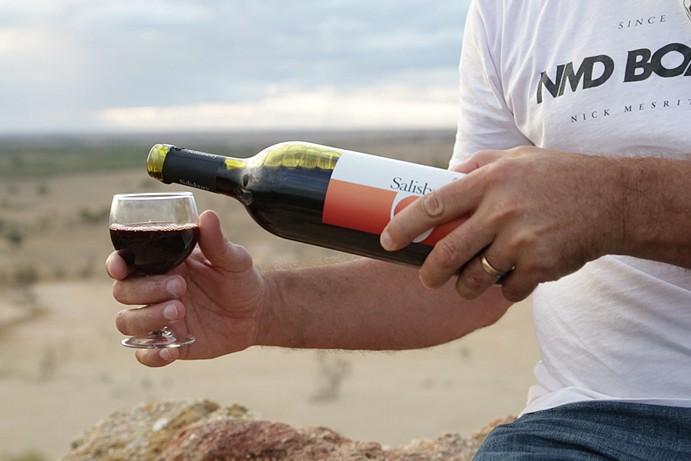 Contrary to what you might think, Outback Queensland isn’t all cowboys and red dirt.

From dinosaurs to drag racing and the most spectacular sunsets you’ll experience in your life, a trip to the outback will tug at your heart strings long after you’ve washed the dust from the soles of your boots.

Put these 5 things to do at the top of your list when you make the journey to the outback.

Spend the Day at the Drags

When you arrive at the Winton drag races you could easily mistake it for a remote desert music festival. There are campervans, caravans and tents spread out as far as the eye can see, but instead of the sound of music, there’s a deep roar of engines revving, which vibrates right through you.

I never in a million years thought the sound of engines roaring, the smell of petrol, and hundreds of hotted up cars would be so exhilarating!

Walk on the Wings of a Qantas 747 Plane

This giant Boeing 747 looks nothing less than spectacular dwarfing the Qantas Founders Museum in Longreach. The historic jet, which is now retired from flying, is the only 747 in the world on public display.

You can take a tour of the plane which includes getting up close and personal with the engines, undercarriage, and pilot’s cabin, then you’ll be strapped into a safety harness to take a stroll out onto the wing. It’s certainly a different perspective than sitting in 35F!

Explore the Outback on Two Wheels

Longreach is completely flat so you don’t have to be Lance Armstrong to enjoy a few hours sightseeing by bike. Cycling is the best way to cover more distance than walking and take in all of the sites up close.

You’re also likely to find yourself riding alongside emus and kangaroos that wander freely around the residential streets.

Have a Sunset Drink on a Secluded Mountain

Wide open landscapes and spectacular sunsets are pretty much expected in the outback, however, it’s all about how you view it that makes the difference. If you take a drive 45km outside of Longreach you’ll find Starlight’s Lookout, a jump up sitting on its lonesome and completely surrounded by flat plains stretching to the horizon.

Pack a bottle of wine and some nibbles to enjoy nature’s own IMAX theatre with a 360-degree view of the beautiful landscape and a spectacular light show as the sun goes down.

Go on a Dinosaur Dig

The most famous locals of Outback Queensland are actually extinct and their names are Australovenator Wintonensis and Diamantinasaurus Matilda – or Banjo and Matilda.

Back in the late ’90s farmers started discovering dinosaur bones on their properties and since then, some of the world’s largest dinosaur fossil discoveries have been uncovered.

You don’t have to be a paleontologist to discover new bones in the outback, either. Every year the Australian Age of Dinosaurs in Winton holds an annual dig, which anyone can be part of. Everyone from Ross Geller wannabes and intrigued grey nomads to scientists can spend a week searching for bones that date back 98 million years. Who knows, you could be lucky enough to make the world’s next big dinosaur discovery!