3 Tips for Great Sips at Oktoberfest

On Saturday, Sept. 16th, the kegs were tapped and celebrations officially began for the world’s favorite beer festival, Germany's Oktoberfest. If you’ll be heading to Munich to join in on the festivities, or if you’re planning a future jaunt to this sought-after travel experience, our experts have some key advice for making the most of your merriment.

The arrival of fall marks the beginning of the biggest beer festival on earth. Oktoberfest celebrations, despite the name, predominantly take place through September, ending on the first weekend of October. Don't fret over what it's called. Instead, gather in Munich with your fellow liquid gold lovers and raise a glass to Germany's beer pride.

The Early Bird Gets the Beer 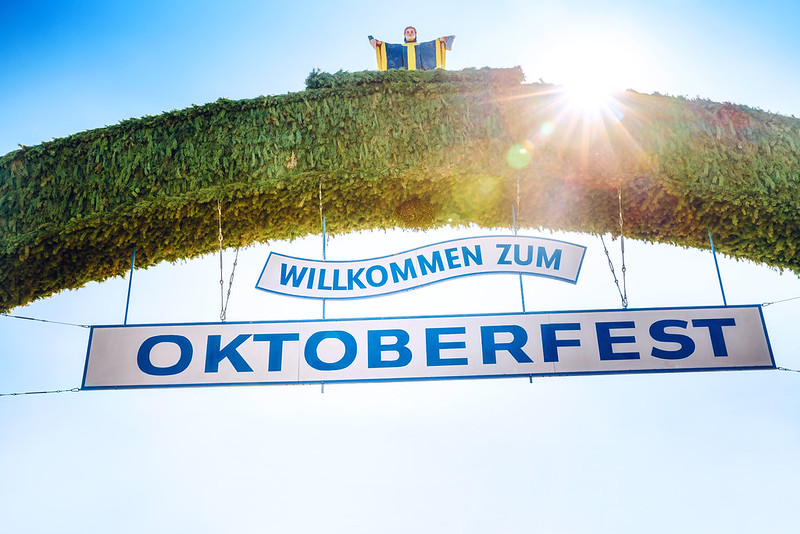 Don your best dirndl or lederhosen and make your way to the Weisn – an affectionate term meaning "the field" that the Münchner (locals) call the fairgrounds. If you didn't make a prior reservation, it's important to arrive early to get in line for the tent of your choice – don’t be surprised if you see people lining up as early as 6 a.m. 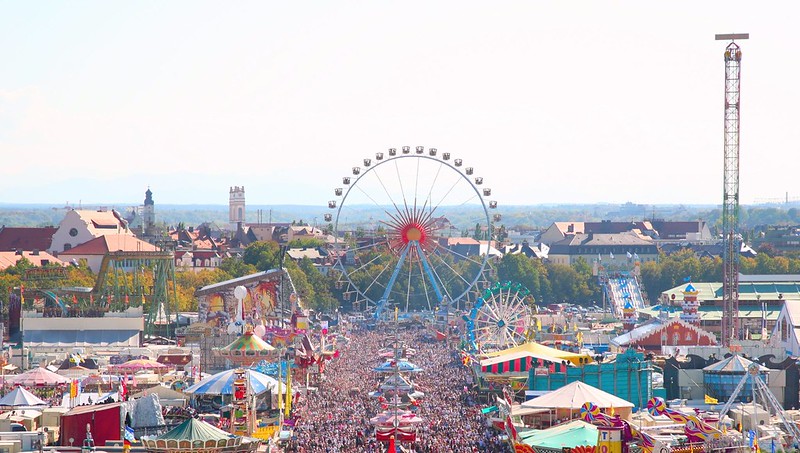 The 14 beer-serving tents fill up fast, with each one hosting a different atmosphere; a few cater to families or couples, while others focus on the food, but the main tent, the Schottenhamel, welcomes all.

It's What's Inside that Really Counts 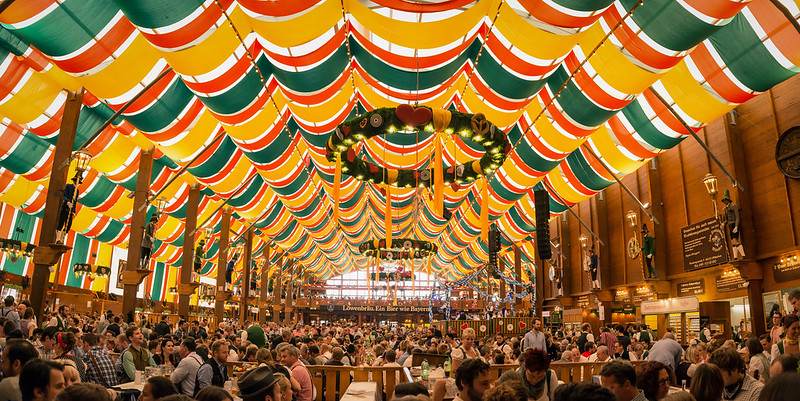 Once you've braved the queue, make your way to a table. Sharing is caring in these tents, and you're expected to share your spot with strangers. 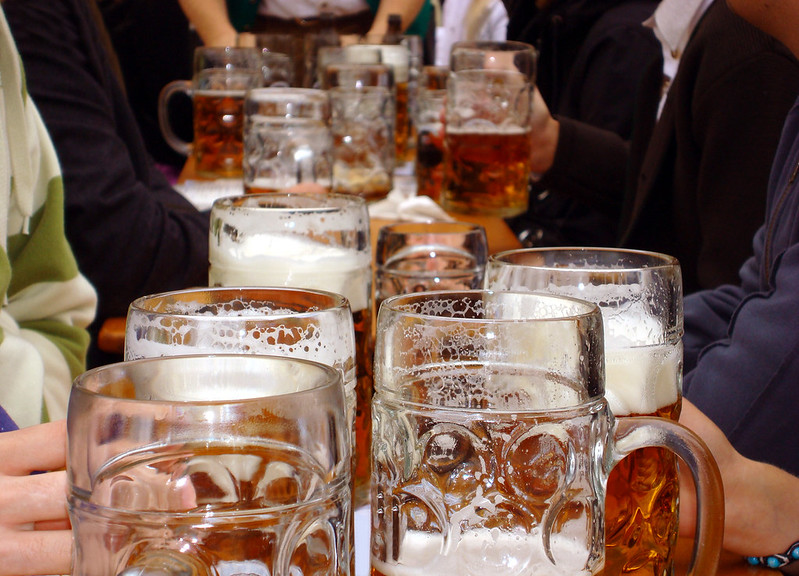 It's frowned upon to try and claim a whole table to yourself, but this is the perfect opportunity to make a Wiesenbekanntschaft – a unique local term for an "Oktoberfest acquaintance." Just be friendly and polite, and always ask if the seat is taken before sitting down. 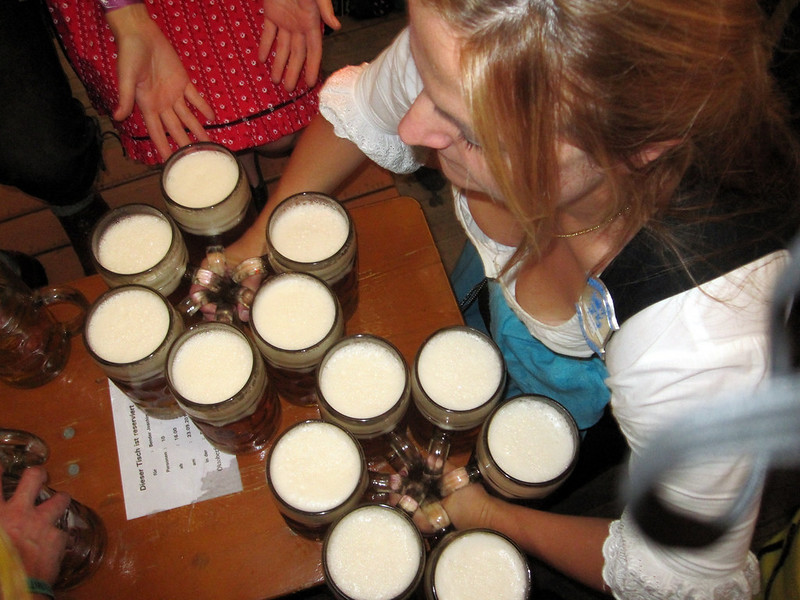 Once you're settled, it's time to get a "bier" in your hand. Every tent features a brew from one of Munich's six authorized breweries that abide by the strict criteria for making the official festival beer. Oktoberfest lagers are full of rich, caramel flavors that pair nicely with a variety of pork sausages like weisswurst, brautwurst, and currywurst, potato pancakes, and soft pretzels the size of your head - all served fresh at the festival. 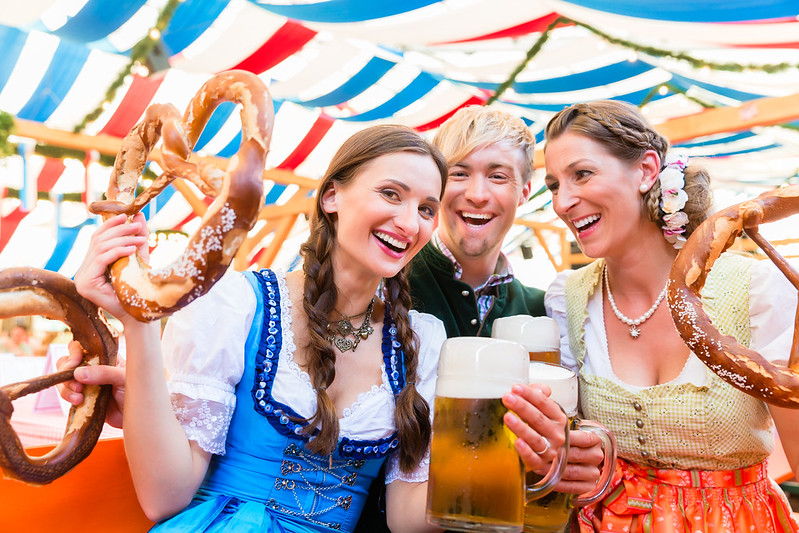 Instead of a pint, order a mass, and never touch the extremely busy waitresses to get their attention. If you do, you might get yelled at. You’ve been forewarned. 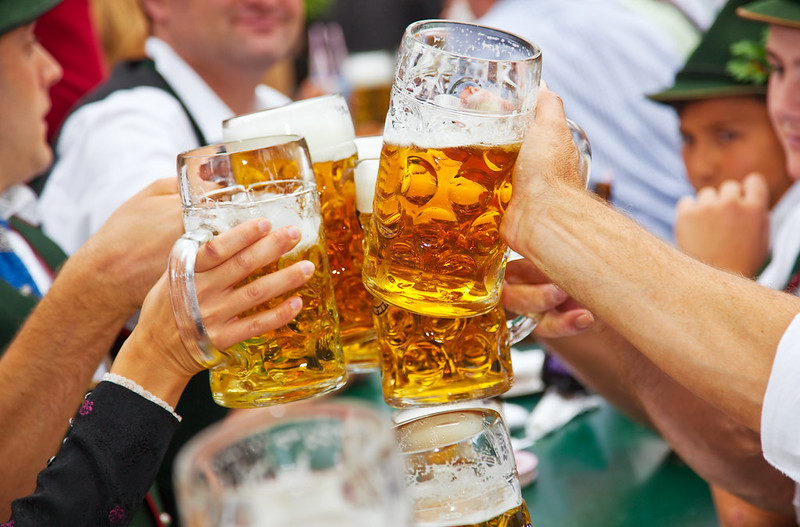 Prost! You're ready to sip with confidence at the legendary Oktoberfest, and there’s no better way than with an exclusive Liberty Travel CITYbreak. These personalized packages include exclusive perks, such as priority access to our 24/7 assistance center and a $150 future travel credit, plus the expertise of a City Insider. This local guide will reveal the local hotspots and best-kept secrets of the city they live in and love. 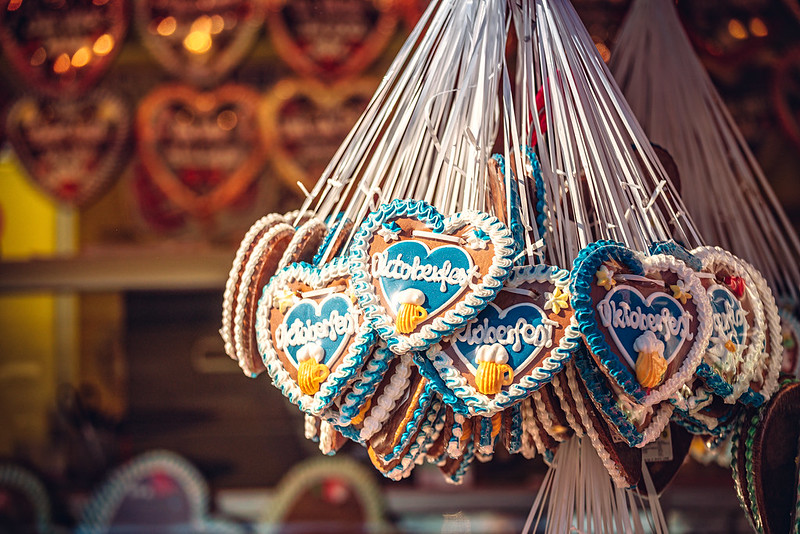 Talk to your Liberty Travel consultant today to plan your beer-filled celebration in Munich, Germany.