8 Spectacular Sights of Canada from a Train's-Eye View 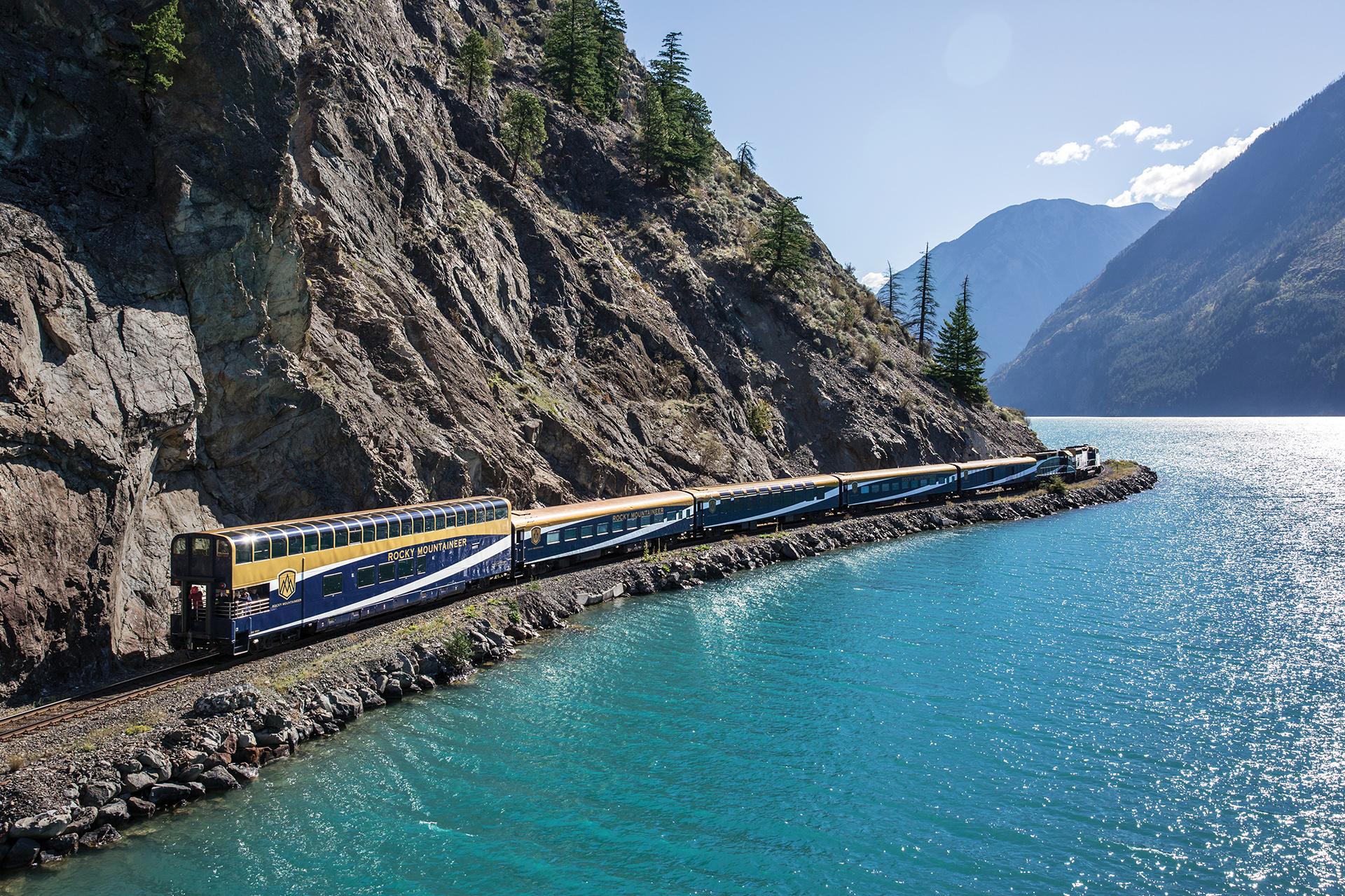 It's no secret that the Canadian Rockies hold some of the world's most incredible natural beauties, and the best views can be captured from the comfortable and specially-designed cars of Rocky Mountaineer.

Rocky Mountaineer is known to many as a must-do vacation thanks to the awe-inspiring vistas that showcase nature’s most beautiful aspects like sparkling lakes, snowy mountains, and local wildlife at every turn. Experience the wonderment onboard this all-daylight jaunt by rail, while you enjoy fresh culinary creations inspired by the passing regions. The train takes you on an exciting expedition, stopping overnight in cosmopolitan cities like Seattle and Vancouver and quintessentially Canadian mountain towns, such as Banff and Jasper. 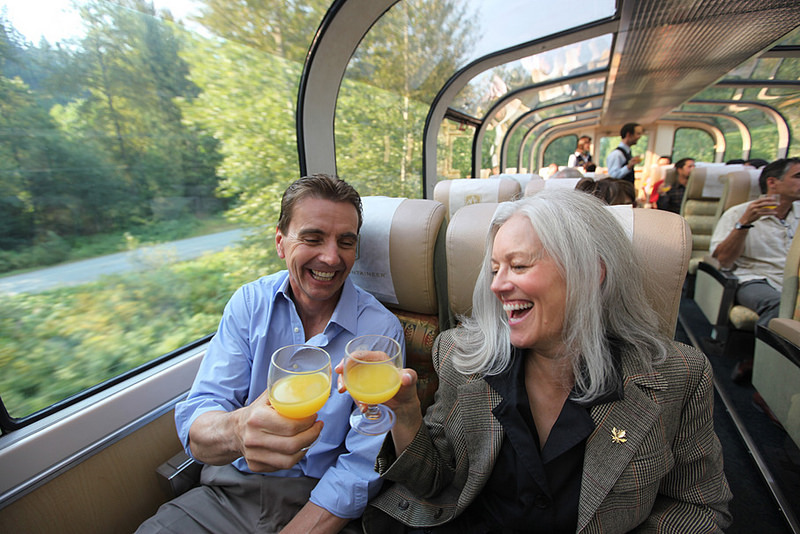 With four beautifully scenic routes, Rocky Mountaineer can help you experience many distinct Canadian highlights. Onboard the dome-roofed GoldLeaf cars, you get an unobstructed view of the beautiful Canadian landscape and the stunning sights that the Rockies have to offer. Read on for the top eight scenic highlights that roll by on an iconic Rocky Mountaineer adventure.

On your route through the historic First Passage to the West, you will pass by Craigellachie, a historic landmark in Canadian history. This is the spot where the last spike was driven into the railway, uniting Canada as the country we know it as today. 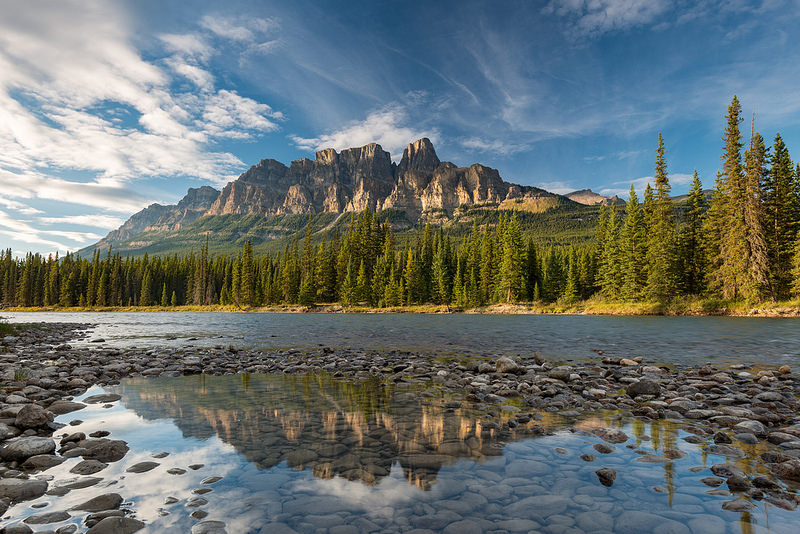 This mountain in Banff National Park was named for its castle-like appearance in 1858. From the windows of the Rocky Mountaineer, the mountain stands impressively tall and looks nearly impossible to climb. However, on the other side not visible to passengers, climbers can scale the mountain to reach its breathtaking peak.

This beautiful 298-feet waterfall sends crisp glacier-fed water into the Thompson River. From the Rocky Mountaineer, you get an exclusive close-up view of the waterfall through the rails. As the train slows down you can feel the mist on your face as you enjoy the view. 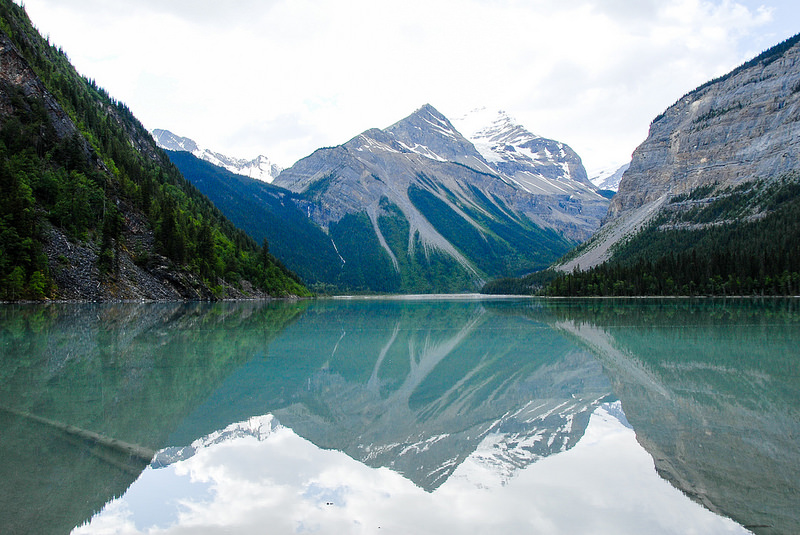 Nicknamed “The Great White Fright,” Mount Robson is the highest point in the Canadian Rockies at almost 13,000 feet high. From the train you can get a full view of the iconic mountain and the ice-capped peaks.

These tunnels bring you through the “Big Hill,” which was considered one of the toughest challenges during the construction of the Canadian Pacific Railway. The spiral tunnels opened in 1909 and have been impressing and disorienting rail travelers ever since.

Just off of West Vancouver lies North America’s southernmost fjord, Howe Sound. From the train, you can enjoy the spectacular view of the water and islands. All the wildlife in and around Howe Sound are truly representative of beautiful British Columbia, including seals, orca, and bald eagles. 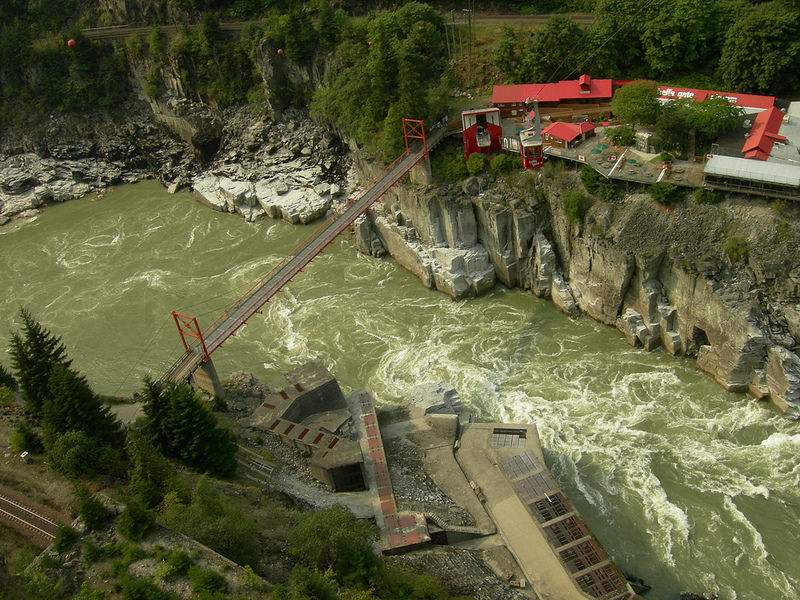 “A place where no human should venture, for surely these are the gates of hell,” said explorer Simon Fraser. Hells Gate earned its name as a result of this quote, and it’s not hard to see why the famous Scottish explorer was so moved by this natural wonder. The Fraser Rivers abruptly narrows between this small, 108-foot wide gorge, and it has twice the amount of water crashing through it each minute than the flow falling over Niagara Falls. With high, intimidating rock walls boarding each side, it’s truly a sight to behold. 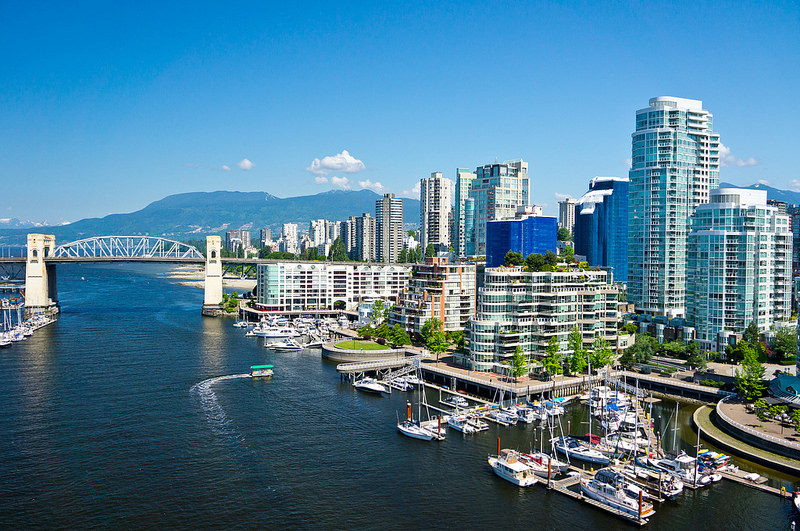 Every Rocky Mountaineer route has a stop in Vancouver, which makes sense as it’s one of the most beautiful cities in the world. This world-class metropolis is entirely unique, with mountain top hikes, stretches of inviting beaches, and an exciting downtown area. The combination of city and nature makes Vancouver one of Canada’s top destinations.

The Rocky Mountains are a must-see destination for many travelers, and the best way to see and experience all the wonders of this incredible region is with Rocky Mountaineer. Delve deep into the mountains and get up close and personal views of diverse wildlife and remarkable natural beauty with a train passage unlike any other. Contact your Liberty Travel consultant today to get onboard the Rocky Mountaineer. 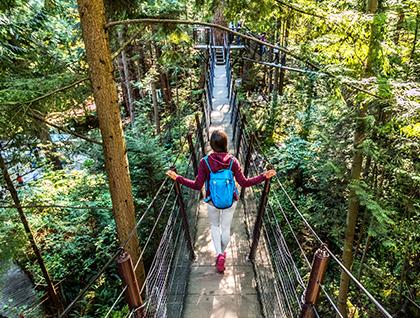 Vacations for Every Type of Mom