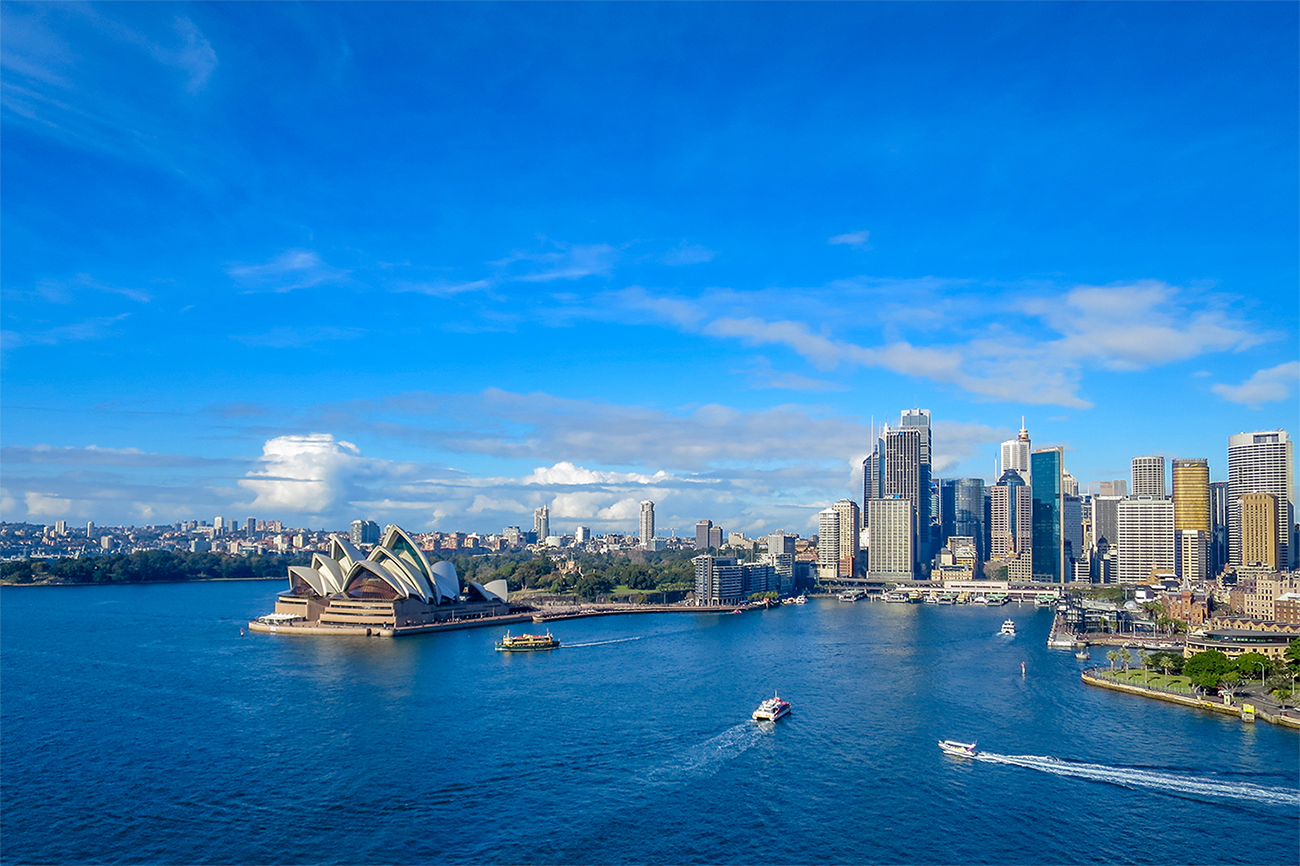 If it seems that there is an abundant and wildly diverse range of attractions and pursuits to be found in Australia, consider this: It’s a destination that’s also an entire continent.

The rugged landscape of the Red Center. Thousands of miles of beaches. The stupendous Great Barrier Reef. Kangaroos and koala bears. Magnificent wine regions. Monolithic landforms. Subtropical rainforests. Expansive wildlife habitats. Sprawling deserts. Striking city skylines. You can find them all in Australia, though they’re still only a fraction of what makes the commonwealth one of the world’s most desirable vacation destinations. The options for your vacation choices are almost endless, and your travel consultant can help guide you to your own personal nirvana.

Here, all travel styles are catered to, from jet-setting sophisticates, to newlyweds on honeymoons, to families on fun-filled vacations, to friends on adrenaline-jazzed surfing and trekking adventures. Australia’s most popular attractions range from the iconic Sydney Opera House – the height of urban sophistication – to the sacred Ayers Rock near Alice Springs, the remote resort town known as “The Capital of the Outback.”

Insider Tip: ot sun? Australia does, and in buckets – more than 3,000 hours a year despite a wide variation of climates. (And remember, Australia’s summer occurs at the same time as the Northern Hemisphere’s winter.) Discover why residents and visitors alike consistently rate Sydney, Melbourne, Adelaide, and Perth among the best, most livable cities on the globe.

After dark, Sydney lights up with a strong performing arts scene, numerous clubs and bars, and the famed gay mecca of Oxford Street. Beyond the city limits is Hunter Valley, the country’s most-visited wine region.

Melbourne is a thriving capital of culture, thanks to a diverse population that has left an indelible impression on its cuisine and art. A former host of the Summer Olympics (1956), the sports-mad city also plays host to such world-renowned events as:

It’s just a short jaunt to both the penguin habitats of Phillip Island and the Great Ocean Road, possibly the most scenic coastal drive in the world. Insider Tip: Surfers and hodads alike flock to – where else? – Surfers Paradise for miles of ocean beach and killer waves, not to mention nightclubs, pubs, and late-night shopping.

The smaller state capitals of Adelaide (South Australia) and Perth (Western Australia) offer their own appealing experiences and are excellent starting points for adventures in the Outback. Join the café culture lifestyle in Adelaide, which offers sensational food, colonial architecture, art and history exhibits, solar-powered buses, and more than 200 wineries just outside of town. In Perth, swim and relax at great beaches, stroll around one of the world’s largest city parks, and catch the vibe of a growing metropolis in motion and just as it’s coming into its own. Get out and explore the surrounding Swan Valley Region, one of Western Australia’s oldest wine regions.

Center of the World

Every year, millions of people visit Alice Springs to experience “the real Australia.” Home to one of the world’s most beautiful and rugged terrains, this pioneer town has evolved into a thoroughly modern small city with first-class resorts, excellent dining, golf, shopping, and art galleries. In the Red Center, heart of the sprawling Outback, stunning Uluru (a/k/a Ayers Rock) is an absolute must-visit. Considered sacred by Aboriginal tribes, this massive sandstone formation is Australia’s answer to the Grand Canyon.

Insider Tip: The world has finally discovered Australia’s fine wines, and fans are making pilgrimages to the wine regions around Perth, Adelaide, Sydney, Melbourne, and Canberra for on-site tastings.

Queensland is where Australia goes to play – all sun and fun in a vast vacation wonderland centered on a sandy coastline stretching more than 1,000 miles. Gear up for scuba diving, snorkeling, swimming, surfing, sailing, and much more along the Sunshine Coast. Head to the Gold Coast for a shoreline worthy of its name, with plentiful resorts and hotels catering to sun worshippers and water sports fans. Dive into 24/7 excitement in Surfers Paradise, where days on the beach give way to nights spent in the roaring bars and clubs.

Wander up the coast to Brisbane, the country’s third largest city, for a combination of laid-back ambiance and big-city hustle and bustle. Further north, lovely Cairns is the gateway to the Great Barrier Reef, which is: – the world’s largest coral reef system – perhaps the planet’s premiere scuba diving destination – a World Heritage Site and one of the Seven Natural Wonders of the World – the largest structure in the world constructed from living organisms visible from space! And don’t miss the kangaroos!

Visitors must have a valid US passport and a visa to enter Australia; your passport must have at least 6 months left before expiration when you apply for a visa. Most tourists staying for three months or less will require an Electronic Travel Authority (ETA), an electronically stored authority for travel to Australia for tourism. A Visitor ETA can be applied for online, or you can have your travel agent or airline do it when you book your plane ticket (this service may incur an additional fee); you can also apply for a tourist visa at your nearest Australian Consulate.

Currency: The official currency is the Australian dollar (A$).

(Note: Tipping is not the norm in Australia, with exceptions)

Your travel consultant can help ensure that you get the most possible from every experience along the way. 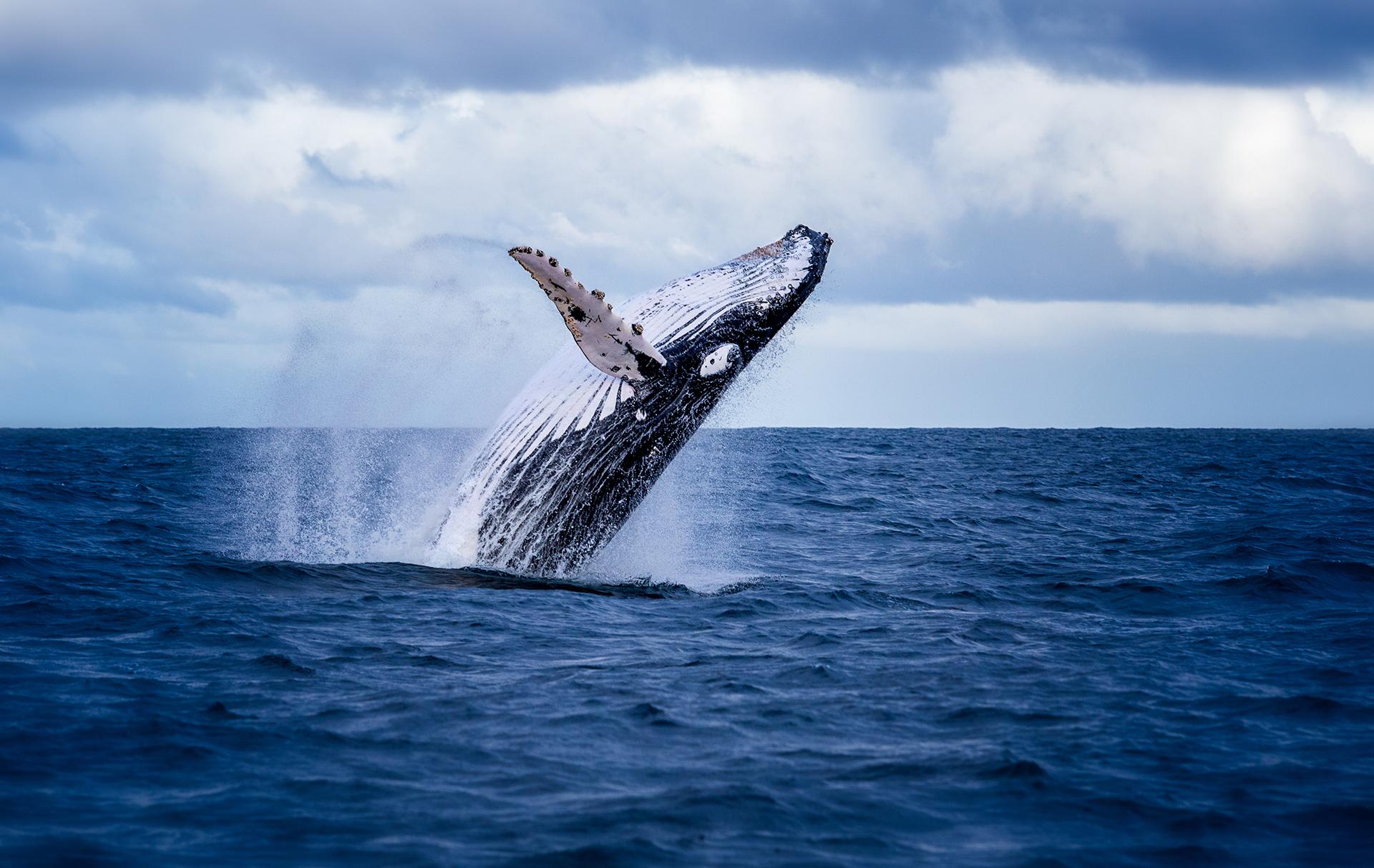 Whale Watching Around the World 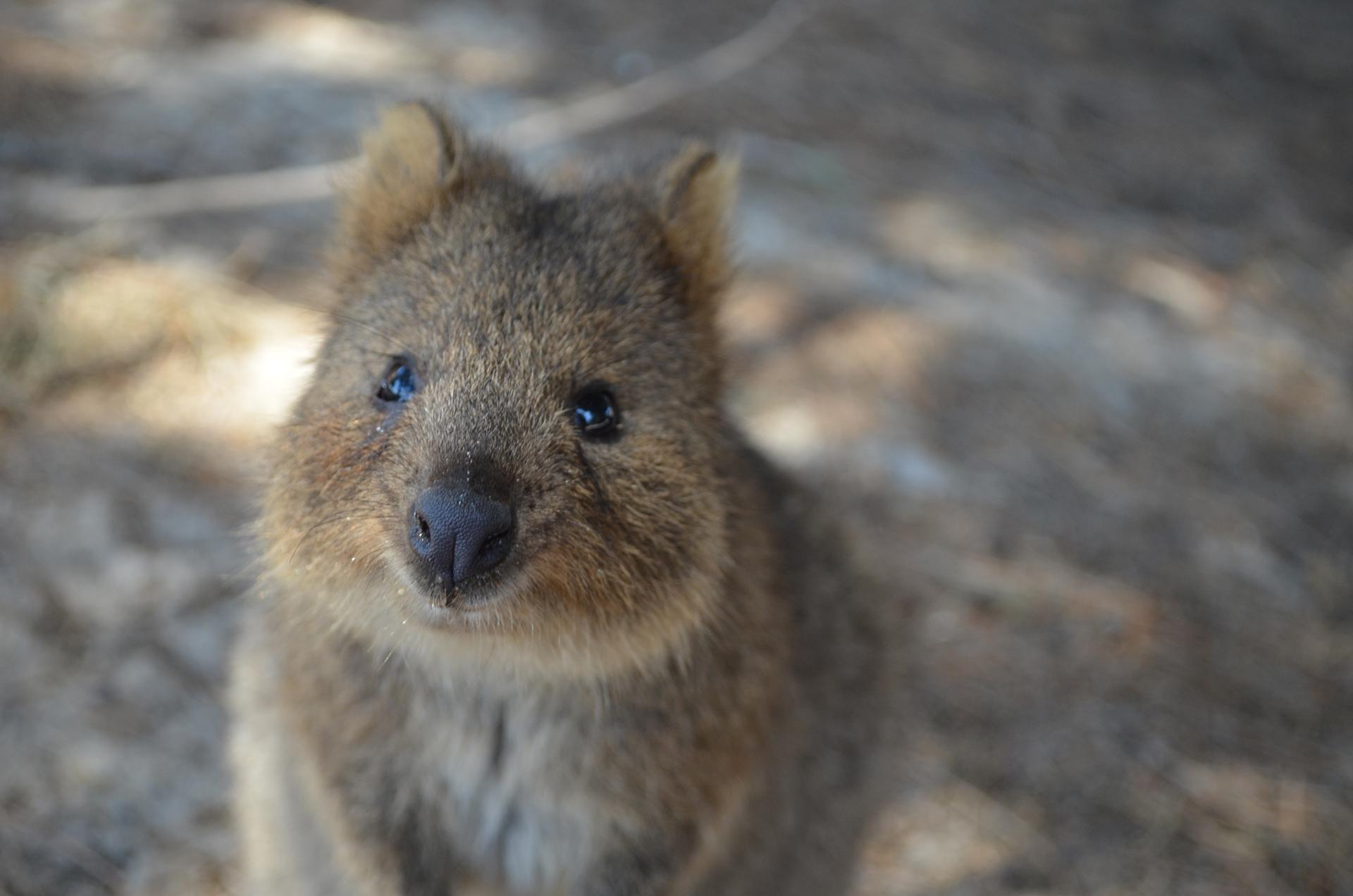 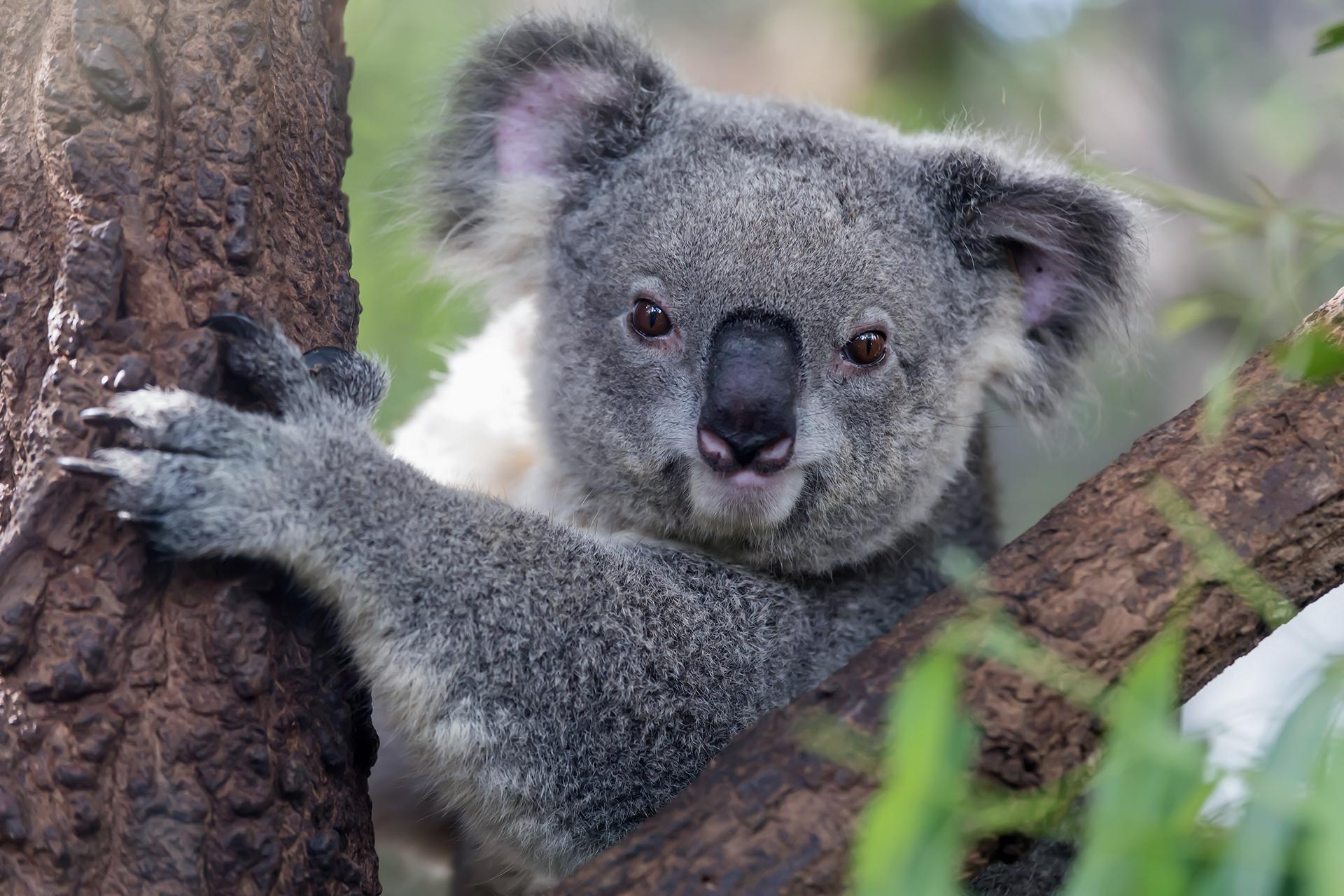 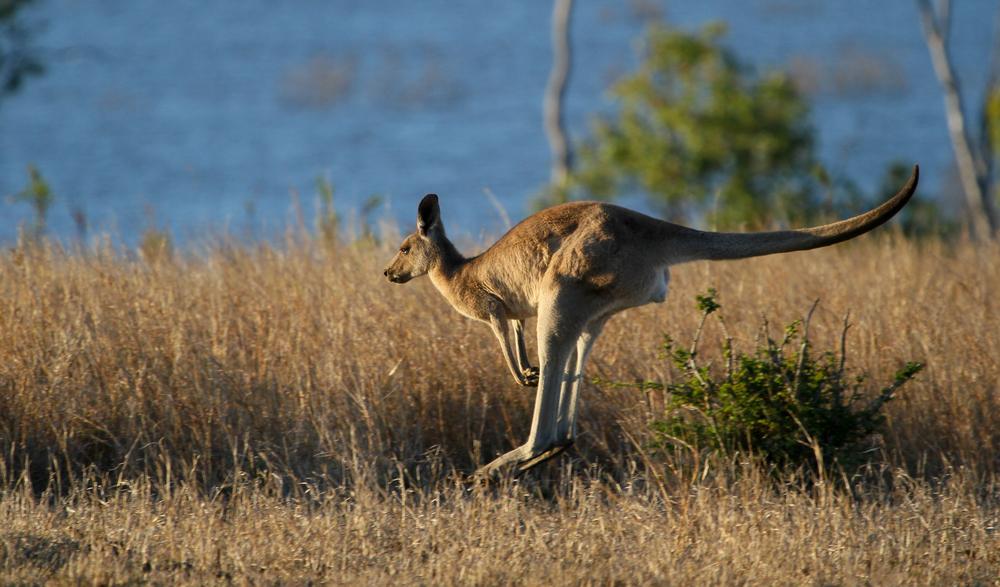 Board the Plane To a Land Down Under